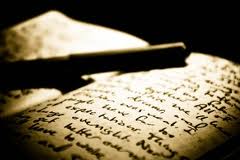 I am in the thick of writing short stories and I really enjoy the punch that you can use to mould a high-impact piece of writing. Last night I read the new issue of Paraxis, a wonderful online publisher of short stories, and I was impressed by the range of prose delivered and the tension created in each short story. This current issue 04 is a publication of the works of both developing and established writers and the combination gels in a surprisingly smooth run of stories:

Looking out of Broken Windows
by Dan Powell

The Rat-catcher
by Lorrie Hartshorn

The House in the Woods
by Emily Cleaver

Dan Powell’s metaphorical cracked window panes were still on my mind this morning. The other stories had a similarly disturbing effect. Good writing, writing which lasts, leaves you feeling changed, it forces you to see the world through a different lens and nowhere more so than through a short piece of fiction.

My personal preference is for literary fiction, as that is what I immerse myself in when I read and write, but I was given Ian Rankin’s collection of short stories, Beggars Banquet, for Christmas. In a disturbing and gripping set of stories he covers stories of Edinburgh’s underworld to startling effect. It is important to read outside your genre and read widely, so my repertoire of books is expanding. There was an interesting review of Rankin’s collection on Amazon from a reader who does not usually read short stories who said it was like reading a whole novel in a short story.

This is the essence of the the short story. It should be a complete story in somewhere under 5,000 words. Many are a good deal shorter, but never lacking in impact, never leaving the reader wondering about the rest of the story, apart from to search for meaning and to think about where the characters have been and how they will be impacted by an event or a ending.

Fish Publishing, who publish anthologies of the works of international emerging writers and poets, describes the writing of short stories as being, ‘a glance at the miraculous. Joyce used a religious word. He called his stories ‘epiphanies’. A good short story is almost always about a moment of profound realization. Or a hint of that. A quiet bomb. There is a record by the American singer Tori Amos called Little Earthquakes. That’s a good metaphor for a short story. Often, a good short story will be a little earthquake.’

In an Introduction to the 1997 Fish Anthology, Dog Days & Other Stories,
Joseph O’Connor says this about the writers of this genre:

What kind of strange creature is a short story writer? I must confess that I don’t know. A high priest or priest of art? A wounded soul who can’t understand the real world and thus feels a need to re-invent it? A moralist? A Spinner of yarns? An entertainer? A prophet? Probably all of these things. Possibly none.

The single fact I can be sure about is this: writers are watchers. The one and only thing they have in common is an ability to look at the everyday world and be knocked out by it. Stopped in their tracks. Startled. Gobsmacked.

In an Introduction to the 2003 Fish Anthology, Feathers and Cigarettes & Other Stories, Pat McCabe quotes Frank O’Connor in saying that the form is as close as you could get to the lyric poem:

Henry Thoreau said that it didn’t have to be long but it would take a long while if you wanted to make it short. What was he saying this about? About the form we know as the ‘short story’. Everyone over the years has had something to say on the subject. For V S Pritchett it was an athletic form. If you got a good start you could sprint to the end, unlike the nineteenth-century novel. For Frank O’Connor, it was the closest you could get to the lyric poem, in that the novel requires far more logic and far more knowledge of circumstances, whereas a short story can have the sort of detachment from circumstances that lyric poetry has.

Katherine Ann Porter wrote her stories in one sitting. Or so she said. But then writers say all sorts of things. Another thing that was said about the form – and I think it’s a good one – can be attributed to William Trevor. That it’s the ‘art of the glimpse’. Meaning that if the novel is like an intricate Renaissance painting, the short story tends more towards impressionism. It is an explosion of truth and its strength ought to lie in what it leaves out as much as what it puts in, if not more.

As an aside – Just after I finished writing this post I discovered Charles May’s post on The Secret Life of the Short Story. In it, he discusses the work of  Alice Munro and William Trevor, two of the greatest short story writers in the world today. Munro has been compared to Chekhov. You can read a post on Chekhov’s short stories if you are interested.