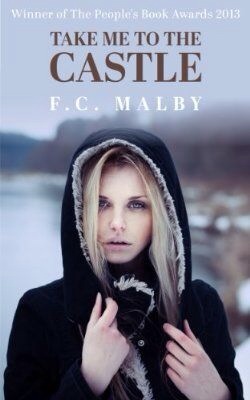 This morning I spoke at a book group meeting. The members of the group had read my debut novel, Take Me to the Castle, and they invited me to come and speak. They wanted to discuss the writing process and the background to the book.

It was an interesting experience for me as an author and I learned a great deal about what readers want to know. Their questions mirrored many of the reader emails I receive. One of the most interesting questions was, what, if anything, I would have changed about the story. Many readers have said they felt devastated by the loss of one of the characters, which the book group agreed with and they had also felt the same way. This led to a discussion about what captures the heart of the reader and how we become involved in the lives of the characters. They also wanted to know if finishing a manuscript created a sense of loss for an author. My answer was a resounding, yes. It does, it really does. When you spend a few years inside the lives and minds of your characters, closing a door into their world is a bereavement of sorts, even if only fictional.

We covered many areas of publishing, editing, writing, research and whether people prefer ebooks over paperbacks. We discussed the length of the editing process and what happens at each stage of the publishing process at Random House. From an initial idea to the final product, it takes roughly a year to create a book.

They were keen to know the million dollar question (and it is one that is asked most often at literary festivals and in author interviews)….

“Where do your ideas come from?”

While it is difficult to give a tangible answer, because the answer varies from writer to writer, and from story to story, what I can say is that most writing develops from an idea. That idea is often sparked by your own experiences or feelings, or those of others. Every experience creates an image or a thought, every person reveals character traits that can be woven into a fictional character. And in the case of my short story collection, My Brother Was a Kangaroo, I said that some of the stories are purely fictional, while others find their origins in real life experiences.

We discussed the fact that many ideas evolve from a snippet of information or a scene that appears in your imagination. We discussed the creative process and the difficulty of writer’s block. There were many questions and ideas but what really resonated with me was that fact that everyone gleans different experiences from the same story.