I have been buried in research for my book over the past few days and it has highlighted, for me, the impact of place on people’s thoughts and emotions. Some places leave an indelible mark on your psyche, no matter how distant the experience. I have been researching the histories of different people and places for various chapters and it has triggered many memories and experiences of the people and places that have had an impact on me and has changed the way I think and the way I view life.

I want to share some of these places with you and to talk about the impact and the memories they hold:

Yad Vashem is Israel’s official memorial to the Jewish victims of the Holocaust. I visited while I was in Jerusalem and the power of the city as a place is indefinable. There was a palpable tension in the air as I passed guards on the ascent to Temple Mount, and as I stood looking at the Al-Aqsa Mosque and the aqua tiles of the Dome of the Rock, with its golden dome and imposing stature. The view from the Mount of Olives was breath-taking and the churches passed en route to the top were full of symbolism and a deep sense of history.

But it was the museum at Yad Vashem which left the strongest imprint on my memory of the place. The atrocities of the holocaust are heightened by the collective photographs, paintings and sculptures; by the narrow walls funneling you through into the various rooms of exhibits. I have visited Anne Frank’s house (now the Anne Frank Museum) in Amsterdam and, although people say there is more power in the story of one person, I found the impact of the exhibits collectively much more choking. The final circular room, The Hall of Names, forces you to look up to the cone shaped ceiling displaying 600 photographs and fragments of pages of testimony commemorating the victims.

Yad Vashem is not a place you will ever forget. Memories of the museum pervade my thoughts from time to time along with memories of my Grandfather. Our family believe that he was Jewish, although it was never talked about and my Grandmother dismissed the idea. They met before the war and all that we know is that his family fled from Eastern Europe. A tall, slim, dark haired man, he was highly intelligent and intensely private. His quiet presence will never be forgotten. My memories of him teaching me to play Moonlight Sonata on the piano before I could read music are coupled with memories of him pulling funny faces at breakfast, somewhere out of my Grandmother’s line of vision. He was an accomplished organ player and a mesmerising pianist. When my mind wanders and fixes itself on the images I remember from Yad Vashem, it takes me back to my Grandfather and I wonder if I can trace his family tree back to Jewish, I wonder if he ever had relatives who did not survive.

Rome is a frenetic city, full of tourists clamouring to reach the sites; a place with another unique history, a place tracing its roots back to the Roman Empire, it is one of the oldest cities in Europe. In amongst the traffic and bustle of people lies the Vatican, and on a rainy day several summers ago I queued in a long line of umbrellas for the fortuitous last Sunday of the month. I say fortuitous, as these Sundays offer free entry into the museums and the Sistine Chapel. I remember the relatively plain walls circling the museum complex around which several hundred people waited, sharing coffee and swapping stories of where they had come from.

Upon finally reaching the point of entry, we all walked slowly through the grand and elaborate complex containing the quiet halls leading in to the Sistine Chapel. Michelangelo’s detailed frescoes of The Last Judgement and the Garden of Eden are undoubtedly a feat of immense skill and talent. The statistic of well over 5,000 square feet of panels painted in a mere three years is a dizzying thought. As we all looked up and around the side walls, the intensity of the blues and the tone and shading of the skin on the subjects made the images look three dimensional, giant, imposing.

What struck me was the vastness and the power of the images, the care and attention to detail of each and every section of the frescoes. I had visited the Uffizi Gallery in Florence and admired the paintings and sculptures collected by the Medici family, and drawings by Da Vinci; I had seen Michelangelo’s  famed Statue of David, but nothing had prepared me for the awe inspiring sense of beauty and greatness of the walls of the chapel.

Memories of the Sistine Chapel reminds me of the power of human endeavour, and of the capacity of art to bring beauty to a world where we are bombarded with advertising images and all that is temporal. 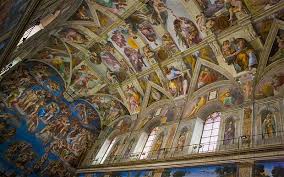 What struck me as I met some of the families was not only the physical closeness of the homes, but the extended families and their  warmth towards each other. I remember images of grandmothers carrying babies and young children playing in large groups, making toys out of old tyres and various materials. I remember watching men gathering in large groups and of people, unnervingly, visiting the local witch doctor with his feathers and potions suspended from the roof of a tin hut.  Despite the poverty and the clear sense of displacement, there was a cohesion that I think many people search for and struggle to find in their own societies. I saw similar relationships and communities amongst the Badjao people in the Philippines and the Nubian communities along the River Nile in Egypt. 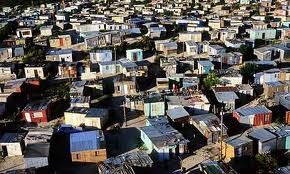 Valley of the Kings

How is it that we can build some pretty unattractive and unimaginative buildings with the most sophisticated modern day machinery, when the Ancient Egyptians managed to build elaborate tombs and pyramids, sphinxes and sarcophagi? I often wonder how, with the increase in technology, our architecture is rarely a match for buildings such as the temple of Rameses II, the Taj Mahal, the temples of Angkor Wat, the Great Wall of China, the sandstone rock cut monuments of Petra. How did we end up propelling technology forwards at such a rapid pace, yet, conversely,  diminishing a passion for beauty, detail and grandeur?

Of all the sites in Egypt – the pyramids, the collections in the Cairo Museum, the temples of Luxor and beyond, Abu Simbel – the Valley of the Kings is perhaps the most impressive for its intricate paintings, and for the sheer ability of the Ancient Egyptians to tunnel deep into the rock structure and carve out the most elaborate tombs. The mystery surrounding the embalming and the burial rituals of this  ancient civilisation has captured people’s interest for centuries. I took a hot air balloon at dawn over the Valley of the Kings and it is possibly one of the most memorable experiences of my life. Although you cannot see the interior of the tombs from the air, the mist over the Nile, scenes of camels grazing along the banks and farmers pulling donkeys and carts, create a place that has remained relatively unchanged over the years since the tombs were built. The Ancient Egyptians were able to irrigate the land, growing similar crops to those seen today, and agriculture is still a primary source of income.

The silence of a cloudless sky and the view of the silver light on the river at sunrise is a picture that I have tucked away in my memory. Where many places change and evolve over time, the views along the Nile are very similar to the views of 2,000 years ago. Although tourism has changed the coastal towns, and brought with it an alternative source of revenue, the beauty of the Nile and the mystery of an ancient civilisation is what makes the country, in part, so captivating.

The power of a sense of place is an integral part of every story, the history and the atmosphere, the people and events. They all tie in to the actions and behaviour, affecting the emotions and thoughts of the people inhabiting the space. This, in any writing, can have an impact and intensity that deepens the reader’s experience.