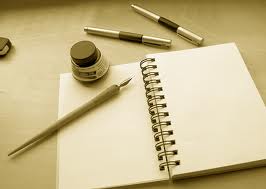 To continue with Zadie Smith’s words on writing, I’d like to look at her breakdown of writers into two categories. They are a little over-simplistic but give a good idea of how differently people plan their writing.

You will recognise a Macro Planner from his Post-its and notebooks. A Macro Planner organises material, forms a plot, and moulds a structure before deciding on a title for their work. This structural security gives him a great deal of freedom of movement. Many Macro Planners, she states, begin writing their novels in the middle. As they progress, forwards or backwards, their difficulties multiply with their choices and they exchange possible endings for one another, take characters out and put them back in, reverse the order of chapters and perform radical surgery on their novels: moving the setting of a book from London to Berlin, for example, or changing the title.

Micro Managers, in great contrast, have no grand plan. Their novels exist in the present moment and are written line by line.

Smith says, ‘When I begin a novel I feel there is nothing of that novel outside of the sentences I am setting down. I have to be very careful: the whole nature of the thing changes by the choice of a few words. This induces a special breed of pathology for which I have another ugly name: OPD or obsessive perspective disorder. It occurs mainly in the first 20 pages. It’s a kind of existential drama, a long answer to the short question What kind of a novel am I writing?’

Opening a variety of novels, you can recognise Micro Managers – there will often be a block of stilted wording which loosens and relaxes after the 20-page mark is passed. Yet while this is happening, somehow the work of the rest of the novel gets done. It is much like winding up a toy car and then letting it go. When you can settle on a tone, the rest of the book will find a groove. Worrying over the first 20 pages is a way of working on the whole novel, a way of finding its structure, its plot, its characters—all of which, for a Micro Manager, she says, are contained in the sensibility of a sentence. Once the tone is there, all else follows. You hear interior decorators say the same about a shade of paint.