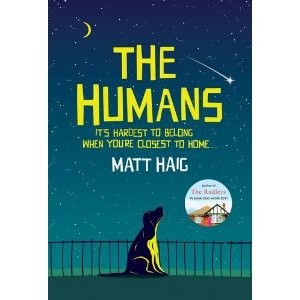 From your experience of journalism, as well as novel writing, has one fed in to the other in any way?

Journalism teaches you to be economical with words. It tells you not to be too self-indulgent.

What do you most like to read and are there any books you have read recently that have stood out or changed you?

I read all kinds of stuff. I have been re-reading Graham Greene recently. I studied him at university. Did a whole module on him. I think, from the outside, my books are nothing like his, but I consider him my greatest influence.

What have been the most difficult things to write about and why?

There is some mathematics in my new novel, and I had to look like I knew what I was talking about, so I researched, and I quickly saw how so many mathematicians go crazy.

You have said that The Humans, your new book, is the one work you would most like to be remembered for. Although you have written several other books, what has given you confidence in this project in particular?

Because I totally cut loose. A part of me used to play the game. You know, I used to be trying to be highbrow, or taken seriously, and that somehow got in the way. With this, I knew it was probably going to be published whatever (as my last book did quite well) so I just went for it. Comedy, science-fiction, sentimentality – all those illegal things.

What advice would you give to new writers on their path to publication?

Be brutal with your writing. Don’t let yourself have it easy. And then be persistent, and thick-skinned, for everything that follows.

What do you enjoy doing outside writing and reading?

Being with my kids, toast and peanut butter, running, holidays. I am not into fancy things, but I am into fancy holidays.

If you could meet any well-known figure, living or dead, who would it be and why?

Emily Dickinson, without a doubt. Amazing mind, intriguing person. She’d be too shy to open her front door though, so that’d be a problem. 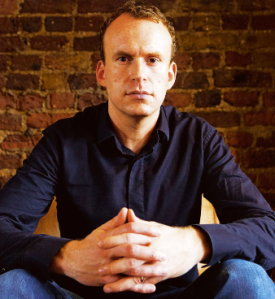 Matt has written novels, screenplays, children’s novels and worked as a journalist, collaborating with The Guardian, The Sunday Times and The Independent. He has won a range of awards, including the Yorkshire Young Achievers ‘Achievement in the Arts’ Award in 2009, and his novels have been translated into 29 languages. The film rights for his first novel, The Last Family in England (2004), have been sold to Brad Pitt’s production company. His previous novel, The Radleys, won an ALA Alex Award in America, has been shortlisted for the Portico prize and nominated for the Carnegie Medal. It won the TV Book Club Summer Read. He was born in Sheffield, Yorkshire in 1975. Since then he has lived in Nottinghamshire, Ibiza and London. He studied English and History at Hull University and then did an MA at Leeds, and now lives in York with author Andrea Semple and their two children.