Deborah Levy’s Swimming Home is a book that has been on my to-be-read pile for far too long. I managed to reading it, amongst other books, while I was away last week. Shortlisted for The Man Booker Prize in 2012, I was expecting great things from this book and it did not disappoint.

As he arrives with his family at the villa in the hills above Nice, Joe sees a body in the swimming pool. But the girl is very much alive. She is Kitty Finch: a self-proclaimed botanist with green-painted fingernails, walking naked out of the water and into the heart of their holiday. Why is she there? What does she want from them all? And why does Joe’s enigmatic wife allow her to remain?

Both the unusual cover and the concept grabbed my attention from the start and I knew that this would be an allegorical journey in many ways. Levy’s use of visual constructs and rich symbolism retains a powerful hold over the reader’s experience. The wording is lyrical and enticing, wasting nothing. She casually underplays the devastating story as it reaches an unexpected climax. It has been described as a ‘literary beast’ of a novel and, although initially skeptical, I can understand why; I would agree. Reviews have been mixed, understandably, as her style is highly specific and will not appeal to all. Her power to draw in and to shock is almost a surprise and I found myself rereading parts of the text in disbelief. She uses subtle repetition to great effect and the prose has a circular narrative in that it ends almost where it begins. The outcome? Well, you’ll have to read it and decide what you think. I would highly recommend it to those who enjoy literary fiction and a short, sharp shock. I look forward to reading her newer short story collection, Black Vodka.

I was recommended this book by a friend and am so grateful to have read it. The rich language and the palpable tension in the narrative kept me turning the pages in one sitting until I reluctantly reached the end. It is a book I will go back to and reread at some stage. The similarity with what I am currently writing was also striking, so the read was timely.

“They call us guards, warders, invigilators, room keepers, gallery assistants. We are watchmen, sentinels, but we don’t polish guns, shoes or egos. We are custodians of a national treasure, a treasure beyond value stored behind eight Corinthian columns of a neoclassical façade, the dreams of the ancients stuccoed to our building.”

Marie’s job as a museum guard at the National Gallery in London offers her the life she always wanted, one of invisibility and quiet contemplation. But amid the hushed corridors of the Gallery surge currents of history and violence, paintings whose power belie their own fragility. There also lingers the legacy of her great-grandfather Ted, the warder who slipped and fell moments before reaching the suffragette Mary Richardson as she took a blade to one of the gallery’s masterpieces on the eve of the First World War.

After nine years there, Marie begins to feel the tug of restlessness. A decisive change comes in the form of a winter trip to Paris, where, with the arrival of an uninvited guest and an unexpected encounter, her carefully contained world is torn apart.

The book has a depth to it that pulled me in immediately. There is a magical darkness to her prose and the author’s descriptions and sharp eye for detail were compelling. It is powerfully and creatively written through the eyes of Marie, the museum guard. Her world and her insights into the people and places around her give you a sense of claustrophobia and of the parallels between the fragility of life and of the valuable paintings in the gallery. I have a particular interest in art and have spent many happy hours in various galleries around the world, so her research into the technical aspects of the topic were interesting.

A passage I really enjoyed describes the character’s feelings as she lies in a bed in Paris in the home of a couple who have recently separated and left the flat empty. There is a sense of the reader intruding on the intimacy of the the lives of the unknown couple:

“Yet almost immediately this darkness began to curdle into something viscous and heavy. As I lay in bed I began to speculate about the couple who’d slept in my spot for who knows how many years. I tried to imagine their faces, their bodies, their voices, whether they slept on their sides, stomachs or backs, whether intertwined or at separate ends of the bed, about whatever moments, fraught or transcendent, they’d lived out where I lay, what conversations, what passion or frustration. I began to worry I might inherit their dreams, that I’d find myself in ragged environments populated by ragged figures without knowing how to fend them off.”

There is something very abstract about Aridjis’ writing. She creates a world that is both surreal, yet very real. There is something of Nabakov in her style and she hones in on the idea of destruction and decay brilliantly, without overwriting.

This is an absolute must-read for anyone who enjoys literary fiction and the world of art. There is a strong psychological element to the story which gives it wide appeal. This book almost flew below the radar and I am so glad not to have missed it.

I have been reading a mixture of books recently and many of them are too good not to share, so I’d like to dip into each one and give you a glimpse of what makes the books stand out in a crowded bookshelf. I haven’t finished all of them so these are just outlines and glimpses. 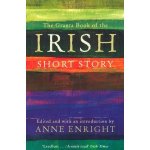 A Hundred and One Days by Åsne Seierstad

Author Åsne Seierstad is a freelance journalist and who writes about everyday life in war zones. From her first hand experiences, she has written about Kabul, Baghdad and Grozny. I particularly enjoyed The Bookseller of Kabul, so I have finally picked up this gem, A Hundred and One Days, set in Baghdad during the US invasion of Iraq. I enjoy non-fiction and stories set in conflict areas so her books appeal to me. Seierstad focuses on the lives of Iraqi citizens, providing an insight into their days lived under the constant threat of attack, first from the Iraqi government and later from American bombs. She also describes in vivid detail the frustration felt by journalists in their attempts to sort truth from propadanda. The book looks at the ‘before,’ ‘during,’ and ‘after,’ of the war without casting moral judgement on the situation, and looks at everyday lives with a sharp understanding of human nature, a trait in her writing which I have enjoyed in her other books.

Amy Sackville is a creative writing teacher at Kent University, and this is her second novel, set on a remote island in Orkney. It is a poetic and lyrical story of an unusual couple: a 61 year old literature professor and his pupil who is never actually named. The  book spans their fortnight honeymoon in this barren landscape and, as she spends an obsessive amount of time by the sea, he realises how little he knows her. We don’t know why his wife is so obsessed by the sea, but it has something to do with her father, who disappeared when she was young. The language of the book is beautiful and intriguing, and I couldn’t put it down.

Amity and Sorrow by Peggy Riley

Riley is a writer and a playwright. There is so much to say about her but I’ll save it for my upcoming author interview next week. Released on March 28, this book is shocking and gripping story of a mother who rescues her daughters from a cult, their father and a fire,  driving for days without sleep until they crash their car in rural Oklahoma. The girls, Amity and Sorrow, can’t imagine what the world holds outside their father’s polygamous compound. Rescue comes in the unlikely form of Bradley, a farmer grieving the loss of his wife. This is an unforgettable story which I was fortunate enough to receive as an advanced reader copy. I would recommend picking it up when it is released in the next few weeks. It has already had some wonderful reviews.

I discovered this out of print gem and managed to find a second hand copy. Charles Baxter’s short stories have appeared in the Best American Short Stories and in two of his own collections. This novel, his first, was supported by a Guggenheim Foundation grant. He takes us backwards through the lives of Hugh and Dorsey Welch who are brother and sister. We meet them as adults, while Hugh is a Buick salesman and Dorsey is an astrophysicist, and discover their dark and difficult pasts. The author traces their paths back to the day of Dorsey’s birth with an unusual subtlety. His opening paragraph includes this vivid description: ‘Hugh keeps both hands near the top of the steering wheel the way cautious men often do, and he does not turn to argue with her, not at first.’

The Grant Book of the Irish Short Story

I am reading both the Irish Short Story collection and the Best American Short Stories, but I wanted to focus on this collection in particular, edited by Anne Enright. Ireland has produced some of the world’s most celebrated short story writers and this, a collection of the best works of contemporary Irish short fiction writers, includes works by  Roddy Doyle, William Trevor, Colm Toibin and Kevin Barry. It  begins and ends with a road accident. The first, which proves fortuitous, involves an out-of-work labourer and a carload of nuns; the second – which is fatal – occurs when a mechanic decides to earn a few extra euros ferrying tourists to a shrine where a statue of Mary is said to weep. Between these two tales we meet a mother who finds her son suspected of abuse and we glimpse the consequences of Irish abortion law. The subjects are heavy and, sometimes dark, but the writing is tight and distinctive. My favourite story so far is John Banville’s Summer Voices. His book, The Sea, won the Man Booker Prize in 2005 and his short story is carried off with the same elegance of style with phrases such as these: ‘The radiance of the summer afternoon wove shadows about him.’ The story follows a young boy and girl who discover a body in amongst an almost eerie description of the landscape.